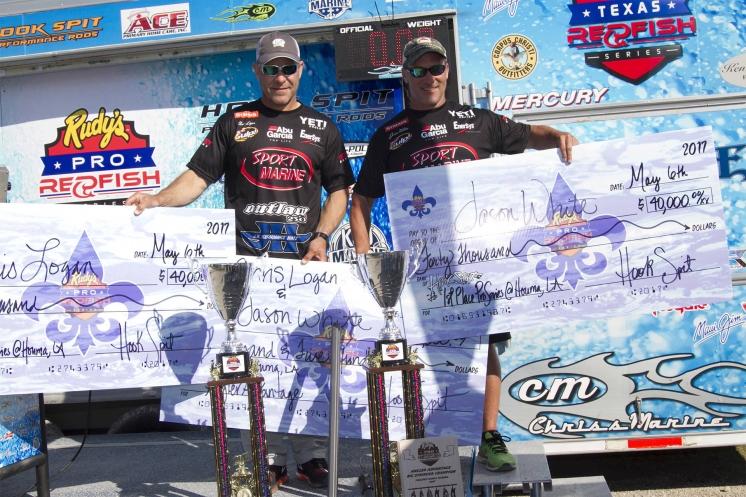 As the GCTA team rolled into Houma for the second stop of the Rudy's Pro Series. All talks were on how AWESOME the fishing was since the teams that had been there pre-fishing before we showed up. Some of the teams that were staying in the local Ho-Jo with us were pumped up saying there might be a 20lb slot fish stringer weighed in at this event.


That Wednesday we had the chance to go out and fish ourselves for fun. That was all shut down with the front that brought terrible weather to the area which consisted of hail, tornadoes and 4-6 inches of heavy rainfall in the local area where we were holding our second stop. As we kept checking the weather making sure it was going to clear we started scrambling for warm clothes because forecast called for 55 degrees in the morning which we would have to set up in the cold for the Captains dinner at Falgout Canal Marina that evening, but winds were going to lay and turn into a great weekend.

With the North wind blowing it stacks the water up at Falgout and surrounding areas, we pulled up to where we normally set up and it was a foot under water from the high tides. Again there we are trying to adapt and figure out what and where we are going to set up being the area was underwater where we normally hold the events. Long story short we found high ground and set up foCaptain'sns meeting. As expected Dwayne Eschete showed up with his famous jambalaya, cajun rolls, and dessert. All the anglers and their families ate it up and no one left hungry; it was delicious. With everyone having full bellies and gear ready to go we finished up the captains meeting and everyone called it an evening.

Friday morning we showed up early for boat check and it was chilly I mean duck hunting chilly. Scott and I started safety inspection and the anglers where pumped up as the winds had laid a bit and was going to turn out to be a good day. We finished boat inspection, Mr. Simmons led the field in prayer then the national anthem. When this was over the whistling started and so did those Mercury outboards as the Anglers got ready for boat launch. With Scott on the mic he was letting the field go. We sat back and watched the field run off in to the marsh and were left wondering what weight was going to come to the scales this afternoon.

As we opened the scales at 2pm we had a few teams show up with some good weight saying they did not want to pound their fish so they would eat on the second day. As we got closer to the time that teams had to be in, the weights started showing up. To top the field in day 1 was Chris Logan & Jason White with 2 heavy weight reds bringing #18.81lb. to the scales. Right behind them by less than a 1/2 lb. the difference was the team of Kevin Akin & Eddie Adams bringing a couple of fatties in with a weight of #18.48lb. So the big fish where being caught despite the weather early in the week. Coming in nipping at the heels of Akin & Adams was the team of Travis Land & Paul Dufrene with #18.34lb. So as day 1 played out and we got to see the Big Redfish of the day brought in by the father and son team of Charlie & Cody Barton with a single slot redfish weighing in at #10.23lb. A single slot fish like that is typically unreal. As everyone sat down to eat some Shrimp brought to us by JBS Packing with crawfish ready in the sacks Wade prepared an unreal feast of everything you would want in an old-fashioned boil and everyone ate like kings while discussing their day they had and the day they where going to have tomorrow.

As predicted we woke up to clear skies and light winds which would make for an incredible day of fishing in the Louisiana marsh of Houma. Boat Check, prayer, and the national anthem and then it was start your engine time for the final day of our second stop to the Rudy’s Pro Series. Anglers where pumped up and rearing to go. Again as we watched them disappear into the marsh, we where left wondering what kind of weight we would see today with the perfect conditions for sight fishing these giant fat redfish in the ponds.  2pm arrived and a few teams had come in with broken boats and hurt fish. Amongst these teams where a father and son team that killed the scale with almost a 20lb. stringer in 2 slot reds. Which the team of Bobby and Bo Sullivan where looking for redemption from a slow start on day 1. Well that weight catapulted them to a number 6 spot for their over all weight of #34.27lb. WOW what a comeback hats off to that competitive father and son team. The rest of the field got to the scales to see who was going to take home the money and the hardware. As the teams started coming in and the weights kept building and the team of Chris Logan & Jason White would be the team to come out on top with back to back huge sacks for both days which would leave them with a total weight of #37.70lb. almost 38 pounds of slot fish in 2 days. 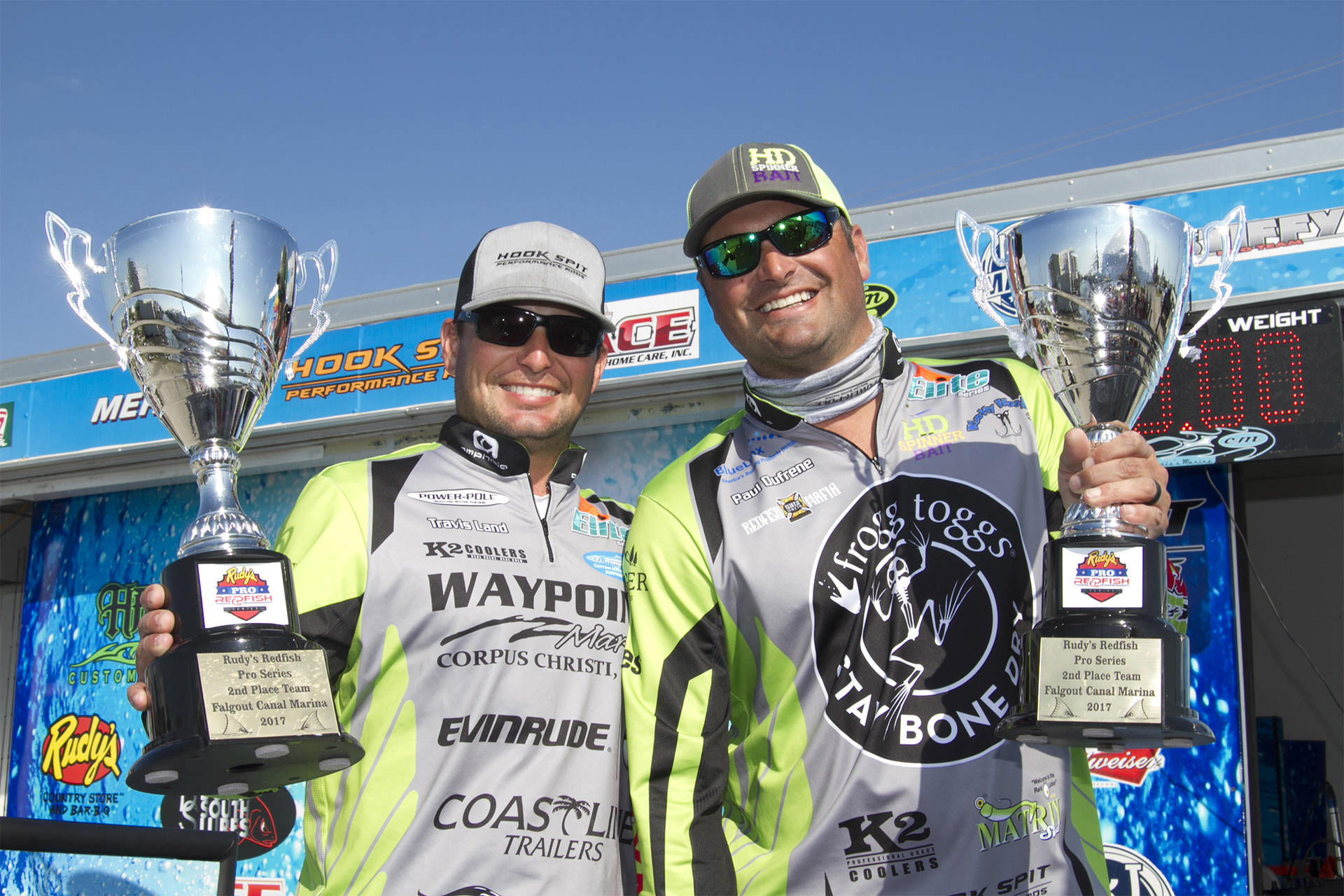 Nipping at their heels and in 3rd is the team of Kevin Akin and Eddie Adams with a 2 day weight of #36.10lb. 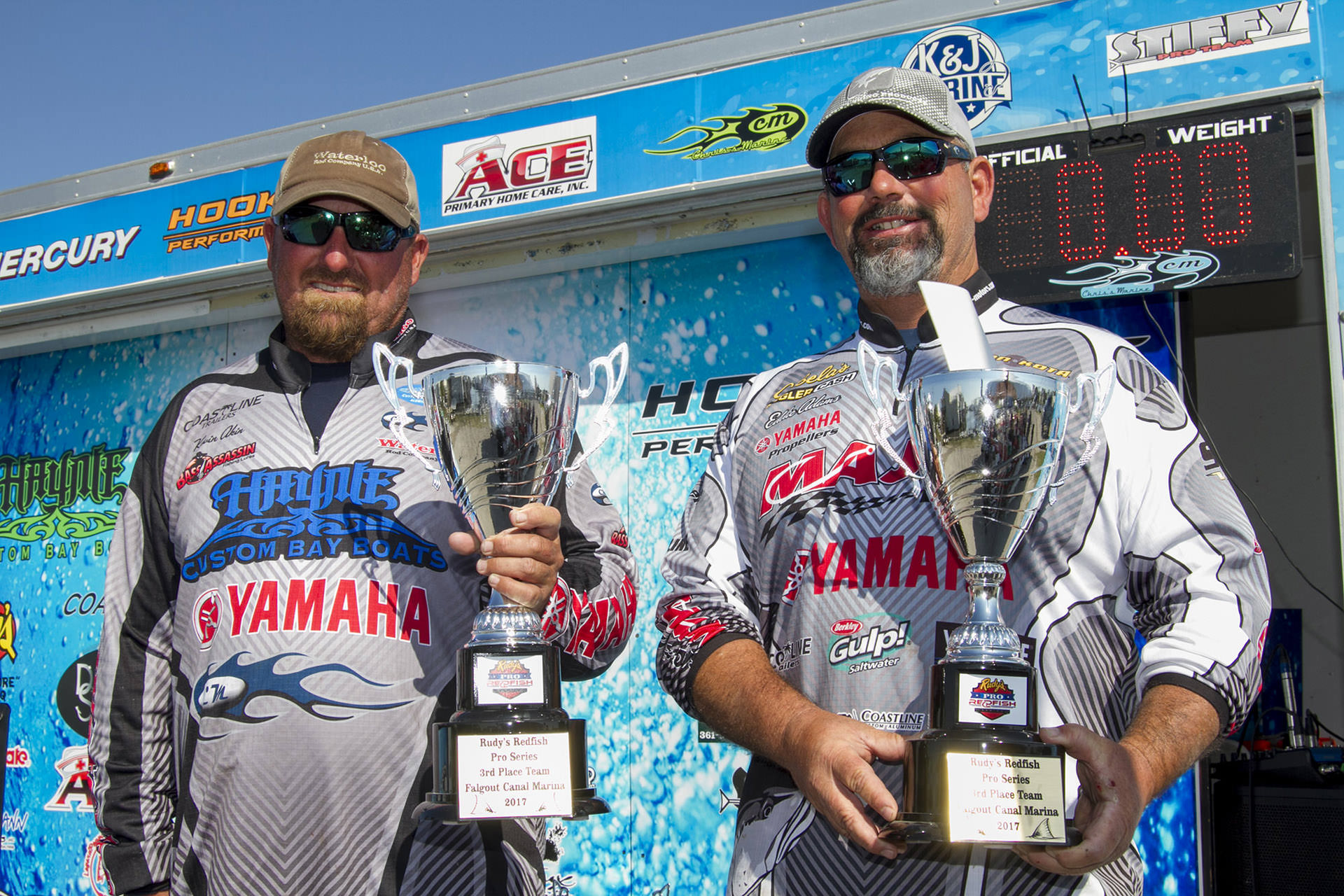 A weight of #33lb. or better would have bagged you 10th place or better. 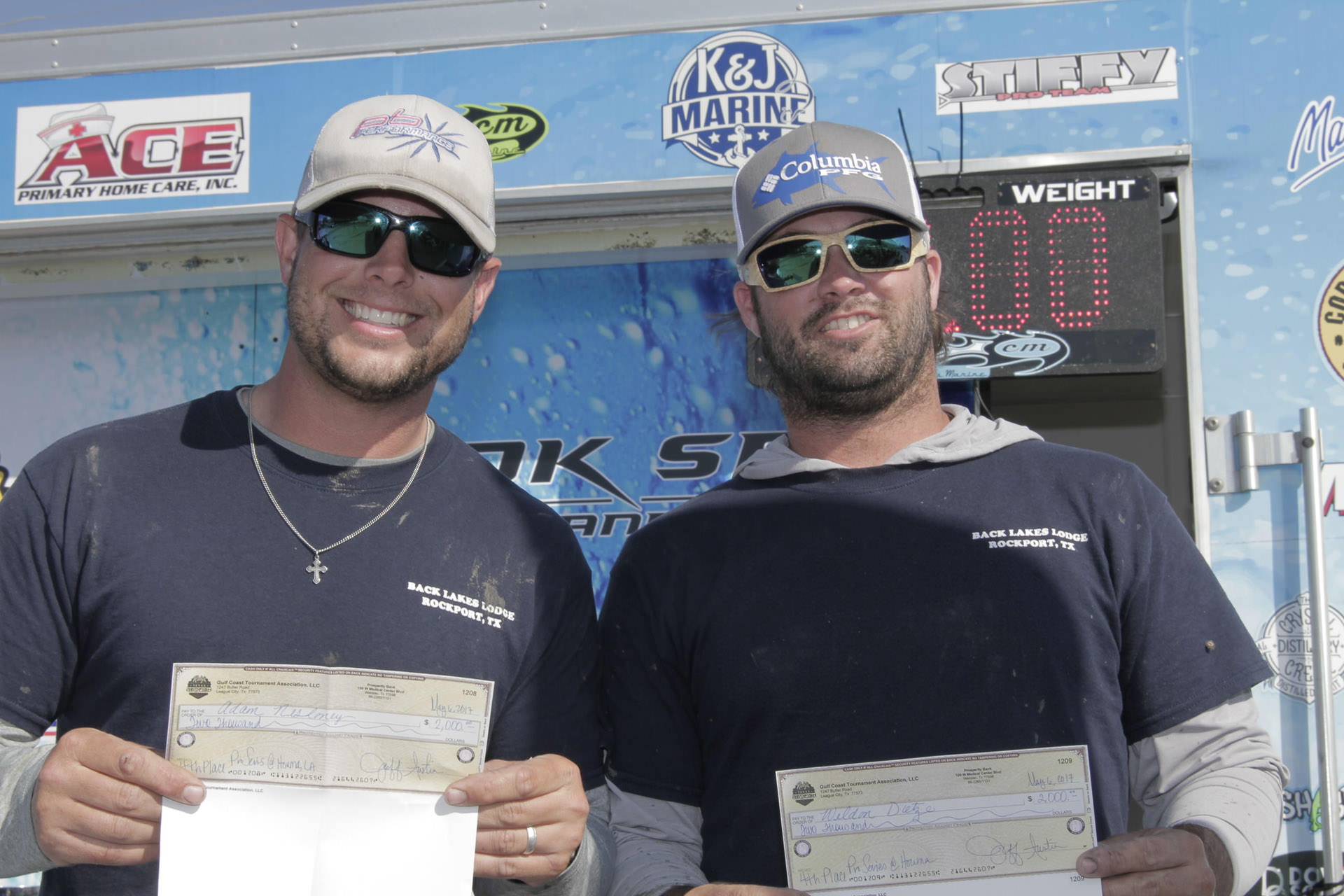 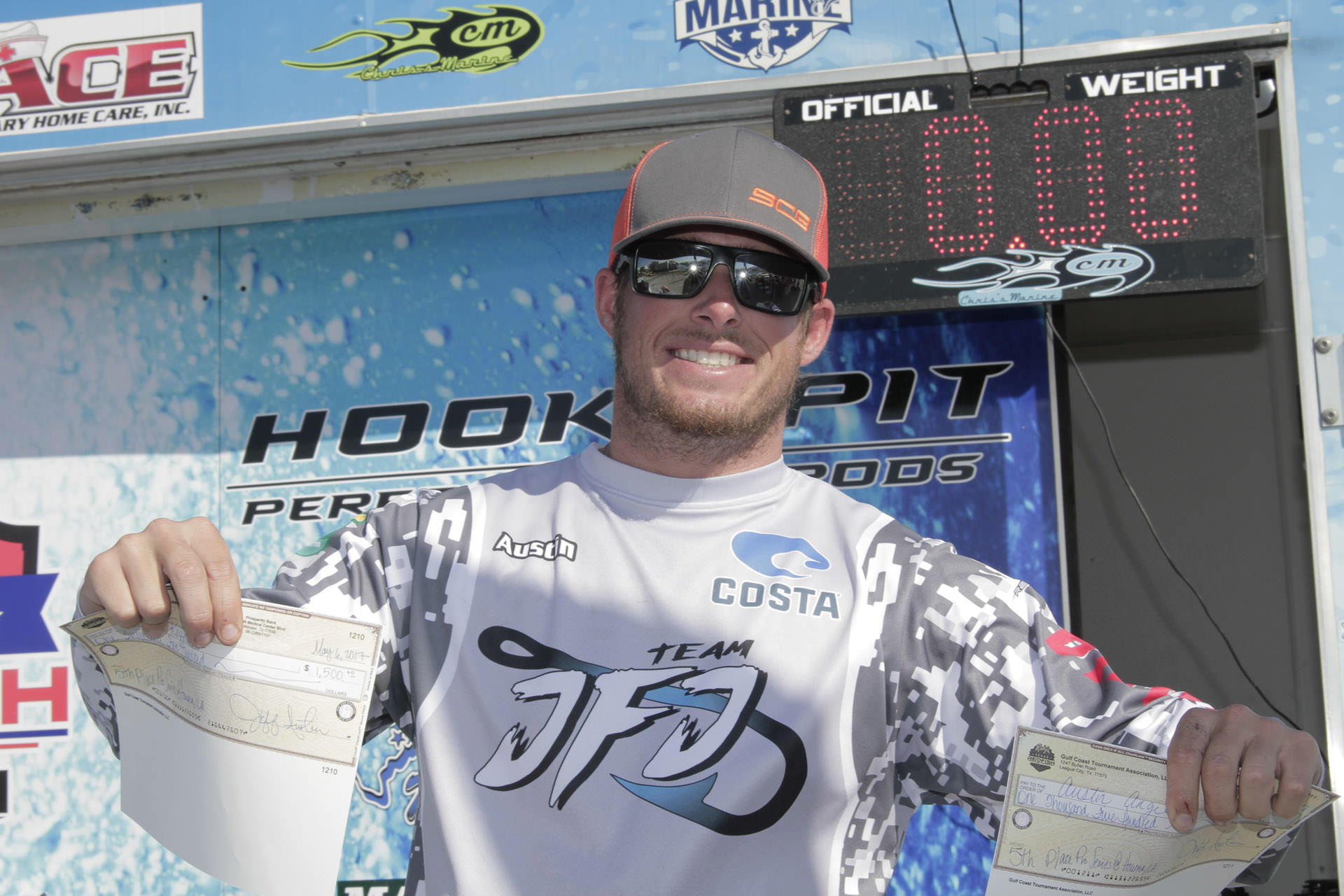 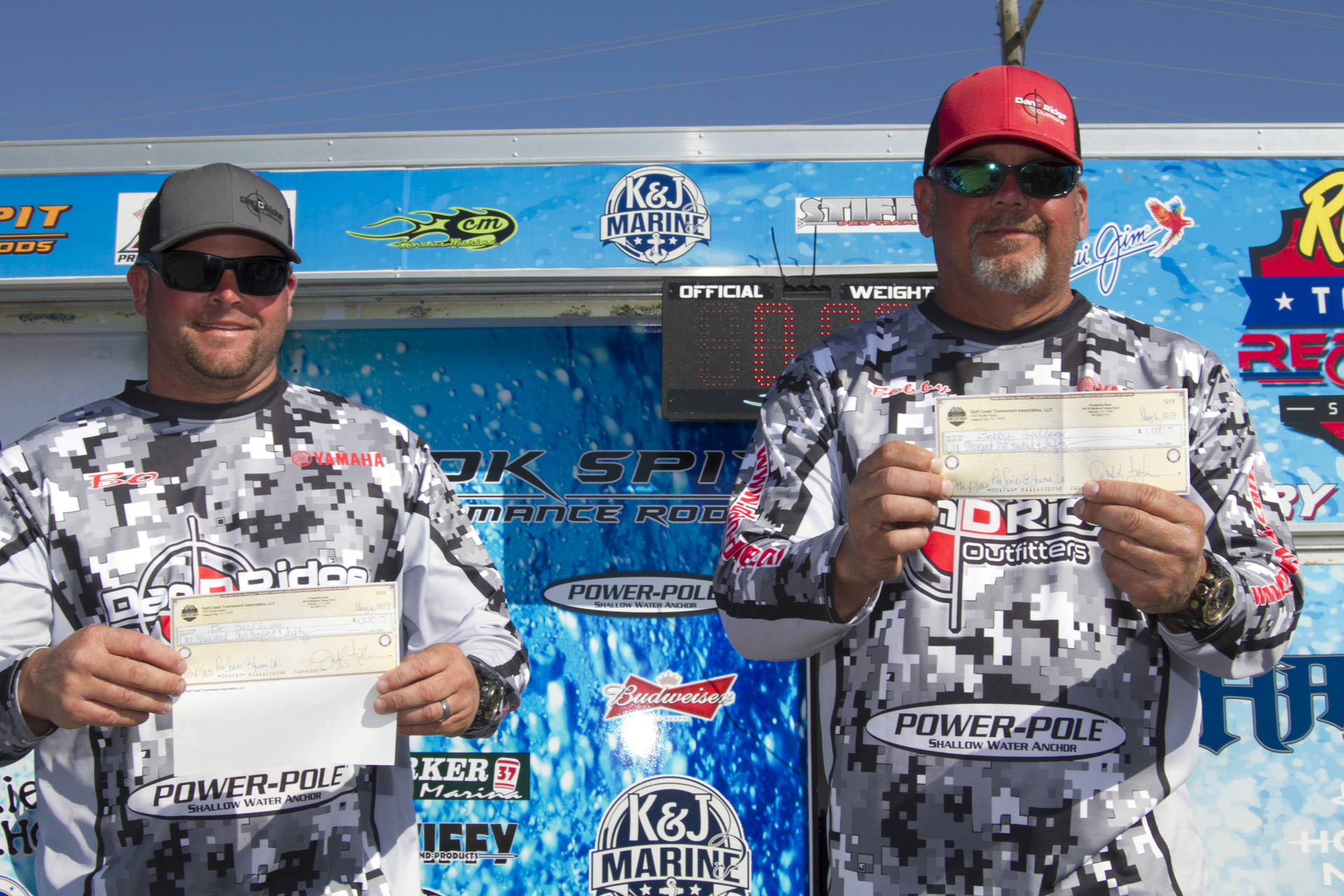 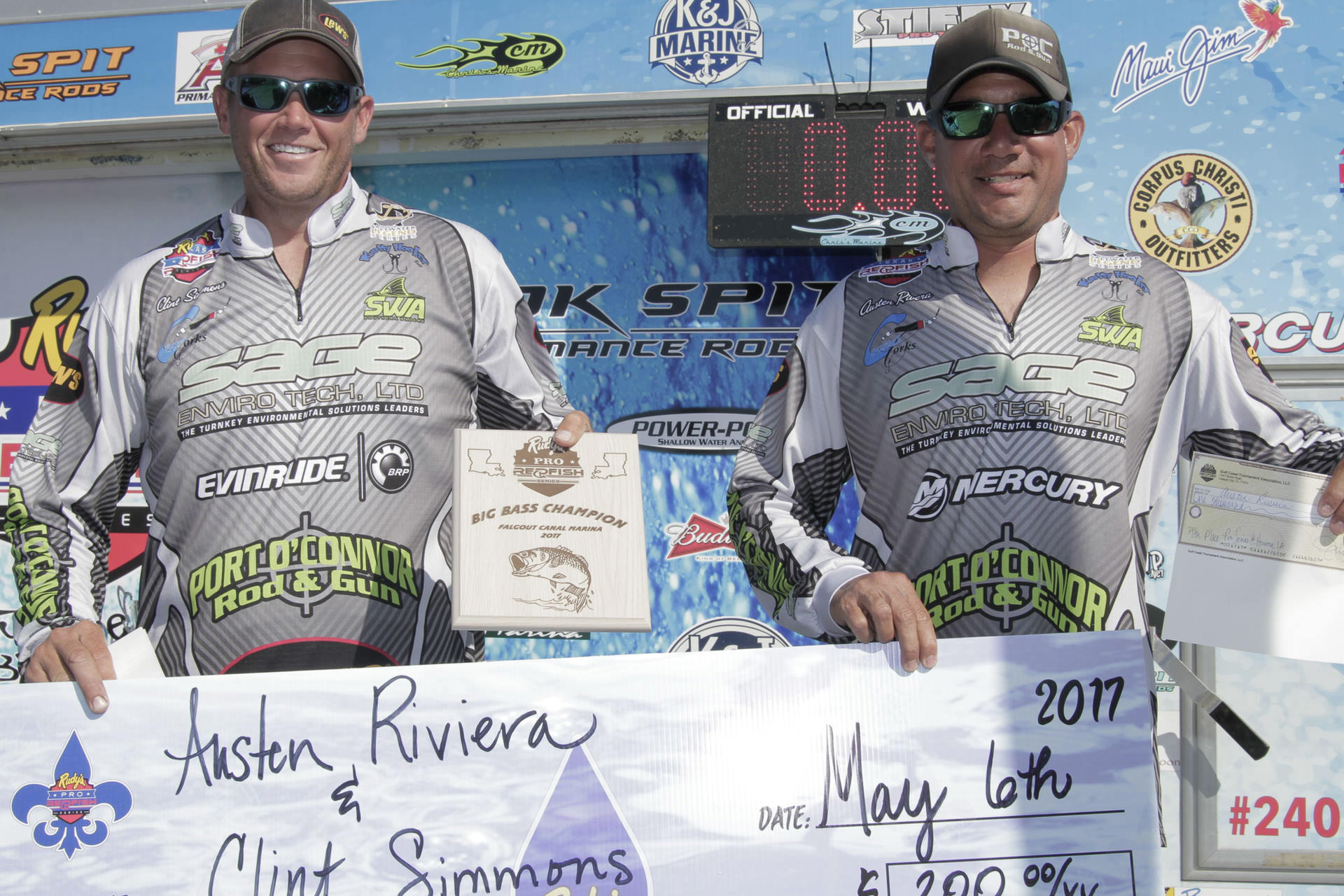 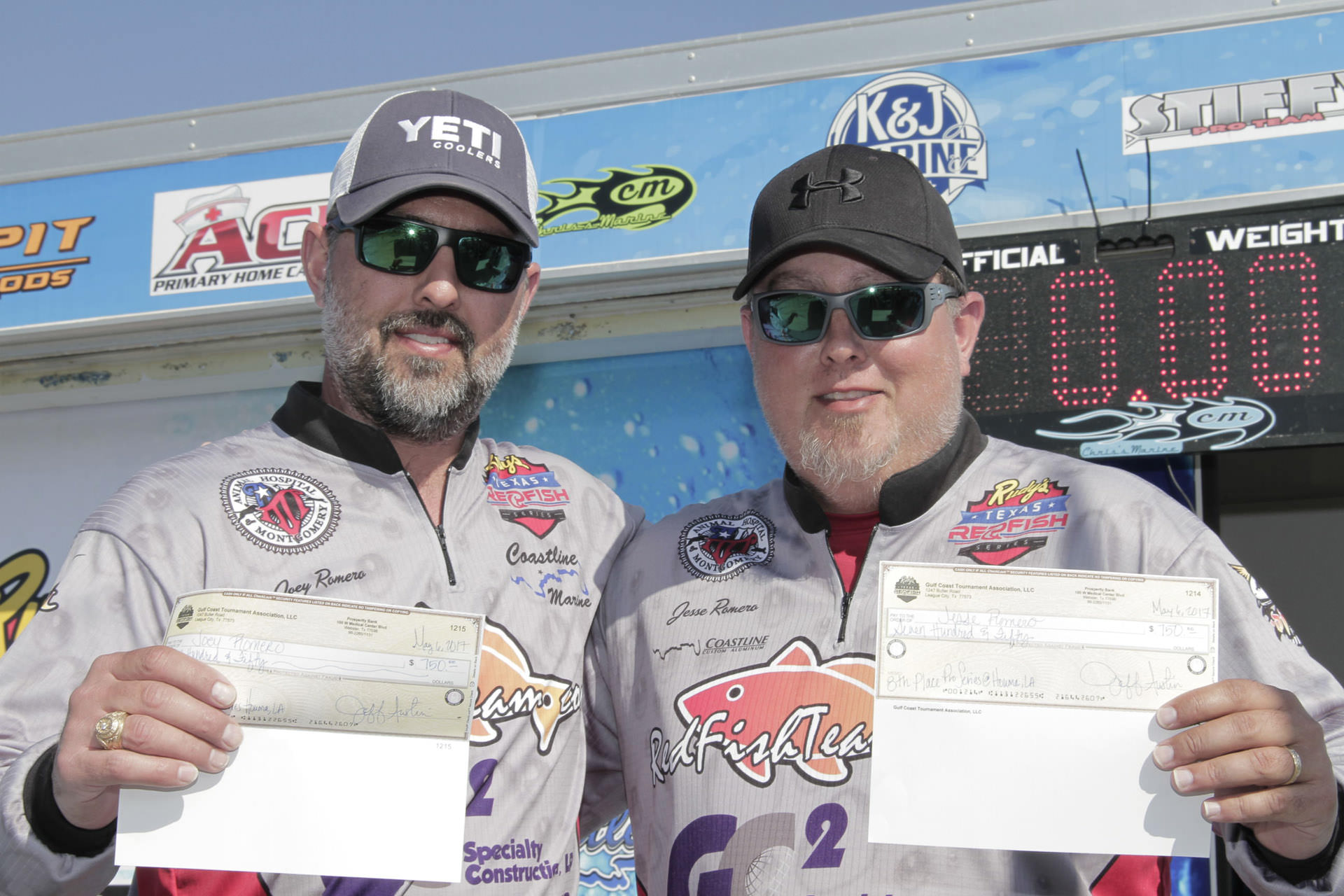 To close we hear at GCTA feel this was one of our best Pro events to date considering the weather we had in the days leading up to kickoff. Hats off to all the teams that made the trip to Falgout Canal Marina in Houma, Louisiana and thanks to all of the GCTA sponsors that all help make this event possible. See you at the next event at Jackie's Brick-House in the Houston/Kemah area.
Tagged under
Tweet