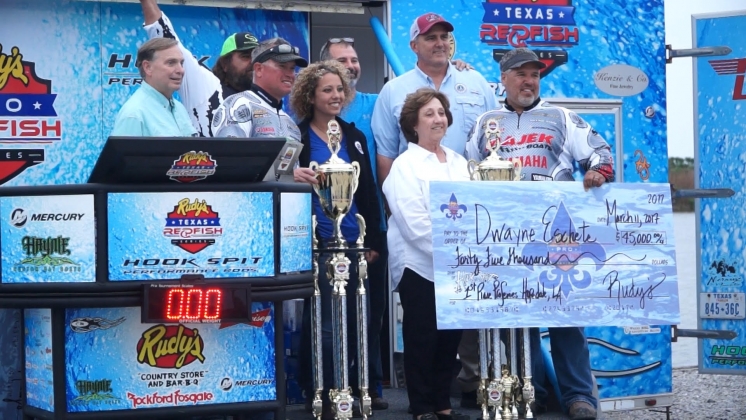 As we kick off our 2017 season with the Rudy’s Pro Series. The People at the St.Bernard Parish rolled out the red carpet for the Series and its anglers, between the Meraux Foundation with Mr.Floyd and Mrs. Rita with her two boys we as a series and anglers could not ask for a better spot and even better fisheries.


We started with our Captains meeting at the Docville Farms there in St.Bernard Parish which lies on the banks of the Mississippi River there in South Louisiana. All the anglers spirits were high. They had been fishing the past week and telling stories that there were redfish around every corner. I was expecting some huge weights to come to the scales and sure enough on Friday the first day of fishing, huge sacks where coming in. I mean consistent 17 and 18 lb stringers where coming in with the majority of the teams that fished, so the race was going to be tight as we finished day one with Austin Angel and Lance Reynolds coming in at top of the field with the weight of 18.44 lb. and the second place team of Clark Jordan and Dwayne Eschete nipping at their hill with the weight of 18.11 lb. As the field of anglers came in on day one they were treated to a feast put on by Hopedale Marina and my good friend Rip Stoltz. It was a cajun feast of boiled crawfish, smoked chicken and homemade jambalaya it was out of this world. Like I said they lay out the red carpet.

As we got into the second day of the Rudy’s Pro Series it started off a little cooler and overcast as we launched the boats out of HopeDale Marina there in Hopedale, La. All anglers were pumped up when the morning prayer and the national Anthem was over. We got ready for the teams to show up at the2:00 pmopening of the scale and let me tell you the first day over 592 lb. of redfish came across the scales and day two was going to be more of the same. All teams were bringing in huge sacks of redfish.

As weigh in finished and it was time to tally everything up we had our winning team with a total two-day weight of 34.60lbs. The team of Clark Jordan and Dwayne Eschete took home a total of $45,000 for the first stop of the 2017 Rudy’s Pro Series at HopeDale Marina.

Hats off to the father and son team of Bobby and Bo Sullivan that come to fish the Rudy’s Pro Series from Florida. They knocked it out of the park with a very tight finish behind 1st place with a two-day weight of 34.55lbs with a total of $12,000.00 dollars in winnings, We want to say congratulations Mr. Bobby and Bo Sullivan on taking 2nd place on the 1st stop of the Rudy’s Pro Series! 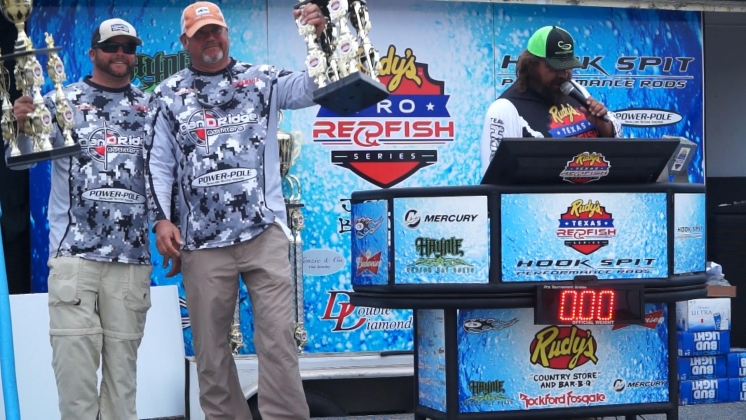 We here at GCTA want to congratulate the Pro Series Team of Chance Angel and Kevin Roberts for taking 3rd place with at two-day total weight of 34.00 lb. Nicely done boys! 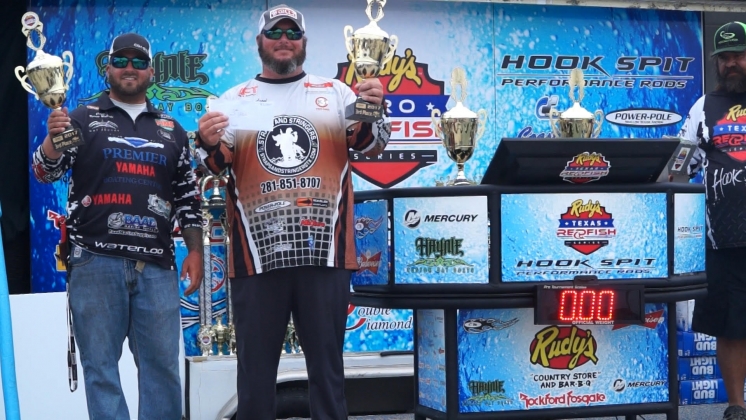 We here at GCTA would like to thank all the people and Sponsors that help make this the best Redfish Series in the world.
Tagged under
Tweet