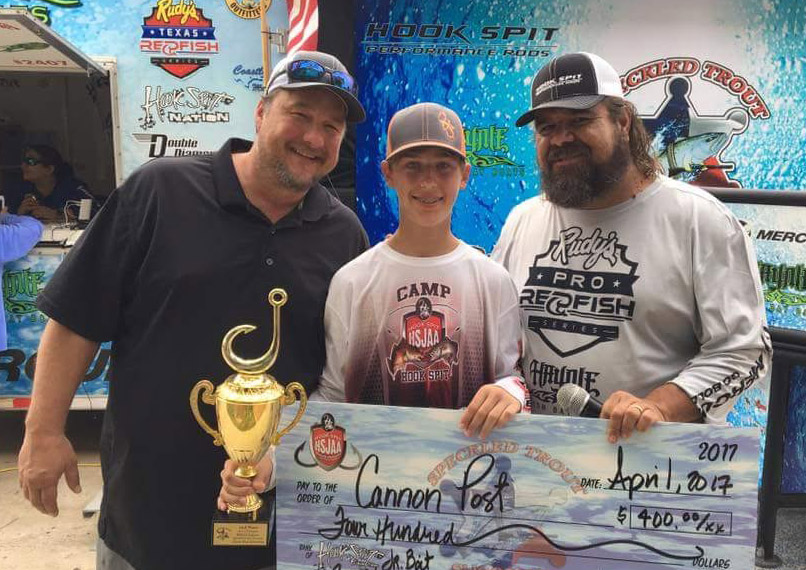 In 2012 the forces of Rudy's BBQ teamed up with Captain Geoff Austin to start up the Rudy's Redfish Series. Shortly after the first season it was decided to grow the series into the Rudy's Pro Series and the 1-Day Series. Geoff has been a successful fishing guide for the last 16 years and has fished and won a several Pro Redfish events. So his vision is through an Anglers eyes.

During an event in Houston Geoff met Wade Bullard owner if Hook Spit Fishing Gear and Performance Rods! Wade being the very successful entrepreneur that he is saw the opportunity to grow the series. He began by sponsoring the series with rods, apparel and graphics. As Geoff and Wades relationship grew so did their Tournaments and Events and the two of them decided to join forces at the end of 2014. The obvious next step was to combine both of their Tournaments and Events, thus GCTA was born which stands for Gulf Coast Tournament Association.

Since 2016 the Rudy's Pro Series has been televised on Pursuit TV and produced by MOE Productions. The series is called "On the Trail with Rudy's Redfish Series" with each show airing 3-5 weeks after the event is over. The Rudy's Pro Series is a 100% entry payout tournament.

The Rudy's Pro Series three day events start out on a Thursday night with the Rudy's Texas BBQ Captains Dinner and the drawing of boat flight numbers for the boat release the next morning. The Captains meeting includes any news, safety,  weather forecast and any other issues with regards to the next two days of fishing.

Friday morning, the GCTA Staff give each boat a safety check as they slide their boats in the water. Shortly there after we take a moment for the National Anthem and our morning prayer. At that time the teams are told to start their engines and get ready for the controlled by numbers drawn takeoff. After the two-man teams are released, the GCTA Staff sets up for the 2:00 - 4:00 pm weigh in as well as dinner for the Anglers. After the weigh in and the Anglers eat we let them know where they stand after the first day of fishing.

Saturday we do the same thing in the morning but boats are all released in reverse order. While the Anglers are out fishing the GCTA Staff get ready for weigh in and to give away the big money at the awards ceremony.


Tune In and watch all the Pro Teams see who is the best of the best from coast to coast. Tight Lines and Sharp Hooks and see you on the Trail with Rudy's Pro Series.